Tigers baseball, for me, is a passion and a retreat. I freely acknowledge that I care too much, that it's just a game, and that in my love for a sport played by millionaire privateers, I'm being maniuplated by corporate sports interests who want my money. And yet, I'm fine with that. And I have the great fortune to be married to a woman who also loves baseball and her Tigers, who understands the little things about the game, and who wears her heart on her sleeve when it comes to being a fan.

Last night, from about the fourth inning on, we were riveted to the unfolding perfection of Armando Galarraga's gem. From the seventh inning on, we didn't leave the room, and by the ninth, we were standing in our own living room like we were back in our old seats at Comerica Park. Austin Jackson's catch to start the top of the ninth was greeted in our home much like the family of a condemned man would greet an 11:59 call from the governor.

The intial numb shock of the ruling at first base with two outs quickly gave way to disbelief, anger and then just a deep, deep sadness. The look on Galarraga's face -- a split second of sheer joy and elation in the moment when he knew -- KNEW -- he had completed a perfect game with the ball nestled perfectly in his own mitt, followed by the slack jaw and then the wry smile -- that look haunts me.

Yes, Galarraga was denied his place in the record books. But he was denied something even greater -- the moment of transcendence. Even if the league decides to overturn the call and say, "Perfect!" there is no way to wind back the clock and and allow Armando the long adulation he earned and deserved on that night.

Teresa and I were there -- yes, really, we were there, in Comerica Park -- the night Justin Verlander threw his glorious no-hitter. It was a slow-building crescendo of emotion through innings of growing possibility. Somewhere in the 4th: Hey, he's working on a no-no (you think but don't say). Somewhere in the 5th, or 6th: You realize almost everybody else around you realizes it too. Everyone is riveted on the action -- every batter, every pitch. There are no beach balls or irrelevant conversations with neighbors. The one oblivious lady who wants everyone to do the wave gets shouted down. There are no bathroom breaks; just raised eyebrows, knowing looks and a ridiculous overappreciation for every tiny step closer to immortality.

Somewhere in the 7th, you start calling loved ones asking, "Are you watching?"

The fans, the players, the umpires, we all know that we are witnessing an attempt at something historic. To be in the park is to be intimately part of the experience. The feeling builds over a couple hours, and it can be almost overwhelming. The beauty of that feeling is so acute because you are constantly hypersensitive to your own awareness that the feeling is ephemeral and could be destroyed in an instant by a bobble, an errant pitch, one swing of the bat. By the 8th inning, your heart almost aches.

When a bid for no-hit or perfect-game history reaches the 9th, it is impossible to be unaware of what is going on. It is the moment of truth and resolution. The denouement of the plot is imminent. And in the moment that the last out is achieved, the storm of emotion that has been brewing explodes like Beethoven's glorious 9th from the hearts and souls of the fans.

THIS is the emotion we seek. THIS is the payoff for all the long hours, days and years of disapointment. THIS is why you are willing to cry. Because every one in a great, great while, baseball's rhythms allow you these moments of transcendence. As the adulation pours forth, a player is able to bask in a moment that he knows, immediately, he has secured his place in history. (Yankee fans, with their smug sense of entitlement and completely undeserved good fortune, could not possibly comprehend the rarity of these moments.)

In the instant that Magglio Ordonez tucked away the last out of Verlander's no-hitter, that eruption enveloped the fans, the teams, and Verlander himself. The PA belted out the famous strains of the theme from "The Natural," and although, yes, it was a little bit schlocky, it was entirely appropriate. We cheered wildly, lustily, and without reservation. My wife and I embraced and our tears flowed with joy. After hours of building anticipation, it was sweet release.

Last night was historic, and yes, it's possible the call could be overturned and the record books could be corrected. Conceivably, Galarraga could yet be awarded his perfect game. But the tragedy of the day is that the world was robbed of that transcendent moment, for Tigers fans, for the teammates, and for Galarraga himself.

And in my mind, it is such a moment, moreso than the line in the record book, that motivates fans and players alike to love this game.

If I had any business with/in the state of Arizona, I would boycott them right now. The anti-immigration law passed there usurps federal powers and authorities, and is blatantly racist. The people there may feel justified frustration at the tide of illegal immigrants, but essentially requiring police officers to racially profile people who look like they might be Mexicans goes way too far to solve the problem. And it discriminates against a good number of legal immigrants and American citizens, who find themselves suddenly in the position of proving they belong where they belong.

The anti-immigrant movement generally is a cover for racism both blatant and subtle. Blatant, in that it appeals to depends on that sizeable sliver of America which is openly hostile to others based on the color of their skin; Subtle in that it also appeals to people who are feeling discomfort and fear related to the widely-reported lawlessness across the border.

The truth is, that America is stronger becuase of its immigrant populations, both "legal" and "illegal", and its multi-cultural identity is a huge strategic advantage in a globalized world. Unlike any other nation, the United States draws people from every other corner of the globe. That fact alone gives the lie to all those who talk in doom and gloom terms about America's future. The infusion of energy, cultural ties, youth and hope that these immigrants represent is priceless.

Focusing just on the most apparent costs of illegal immigration blinds many people to the benefits. Yes, there are some traffickers and criminals among them. Yes, there are costs to social services, from police to hospitals to schools. Yes, those costs should be shared by the federal government. But that certainly isn't the whole picture.

The long and short of it is, a lot of Americans just need to come to terms with our country's multi-cultural future, because we are already living in a multi-cultural present -- even if they refuse to admit it.
Posted by scot s w at 10:54 AM 13 comments:

Screaming from this empty room
Give me a sign
Posted by Bud at 12:11 PM 2 comments:

"Last night, for the first time, Liam reached into his book basket and grabbed a book, then holding it up in front of him, he carried it across the room to his Daddy. Then he wanted up on my lap. So we read "The Monster at the End of This Book" together a couple times. It was about the sweetest thing ever." 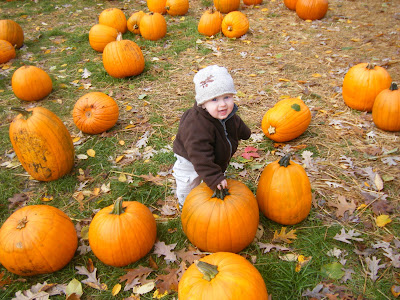 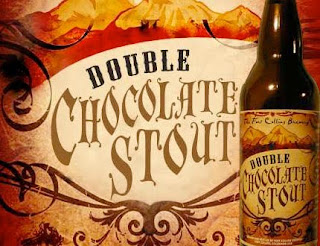 I've just been informed that the premiums for my Blue Cross/Blue Shield of Michigan plan -- which does not cover office visit charges -- is going up 29% this year. This was not a negotiation, it was a unilateral price increase. The rationale given in the letter is that it's the fault of the State of Michigan for requiring BCBSM to cover people rejected by other insurers for pre-existing conditions. As if that wasn't true the previous year.

All I know is that I didn't get consulted on this price change, that it will have no direct effect on the quality of my coverage or health care vs. 2008-09 rates, and that it's utterly ridiculous. No other good or service in our economy saw a 29% price increase.

Go check out "Michigan Mugs and Meals," the product of one insanely talented and creative sister-in-law of mine. It's a blog about locally-sourced foods in the Great Lakes state.
Posted by scot s w at 11:40 AM No comments: 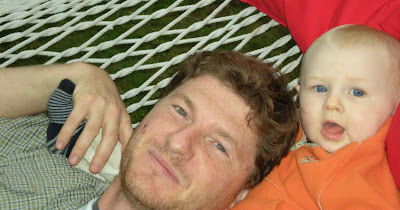 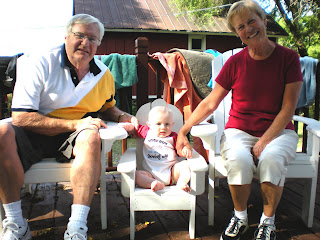