a bit of news 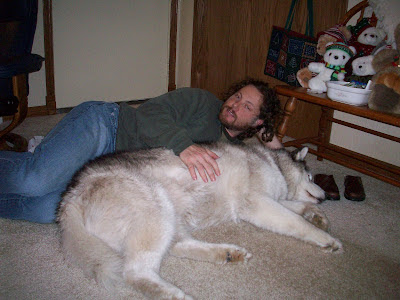 The next Michigan coach

Nobody's asked me for my opinion on who Michigan should go out and hire as its next football coach, but I've been thinking about it a good deal. The thing that concerns me most is that this search, which ideally would be conducted rather quietly, has been nothing but a circus. In the process, a lot of negative things have been said about a lot of good people, and it's a shame it's all gone down like this. Perhaps Lloyd Carr thought he was doing a pretty good thing by announcing his intention to retire the Monday after losing to Ohio State, but I don't think so. In all of the controversy over this job, I haven't heard anyone point out that the damage to Michigan's reputation is Lloyd's fault. But, it is. The other culprit is the Michigan athletic department itself, which has more leaks than a Cuban refugee raft.

Carr should have made his intentions known to the top levels of the Michigan athletic department, so they could at least begin the process of identifying and contacting potential candidates quietly. The intense media scrutiny, and the not-so-secret overture to Les Miles put Michigan's best candidate in an absolutely impossible position. LSA wasn't dumb: They knew the call from Michigan was coming, and intended to play hardball. Miles was given the option of signing a long-term contract, or being prevented from coaching his team in the SEC championship. The intensity of the media circus virtually required them to do so:

I presume Miles was motivated as much by a sense of loyalty to his players as anything else in agreeing to sign the extension. Some people have criticized Miles as being after nothing but the money -- FOR KEEPING A JOB HE ALREADY HAS!!! Duh! After all, you'd be a fool to give up a great job for the CHANCE to talk to some folks about another job -- no matter how attractive. And coaching LSU in a potential national championship season qualifies as a GREAT job to have.

Even if Miles wanted to come to Michigan, Carr and the leakers at U of M made sure he could only do it by very publicly turning his back on his current team mid-season. People demanded that Miles swear loyalty to LSU -- OR ELSE. What elite school wouldn't? Imagine the uproar if a Michigan coach were entertaining offers at the end of a championship-caliber season! The alumni would raise holy hell. This is why big schools tend to recruit coaches from smaller-conference programs, which don't feel so hurt when big-time programs come calling. If you're in the MAC or Conference USA, the Big East (in football) or Division I-AA, it's a fact of life when you have a hot coach. You live with it.

But if you're a big program -- and LSU certainly is -- you don't want your star dimmed by having your coach beat a path to a rival. Michigan and LSU are both top-flight programs with tradition and talent. All of this was SO predictable.

Look for Michigan to snag a quality coach from a non-BCS conference in the next week or two. If the job stays open until Christmas, it means they're waiting to make another pass at Miles.
Posted by scot s w at 5:29 PM 4 comments:

Searching for myself -- and finding TOO MANY

No, this isn't some existential journey. And tell me if this sounds a little weird, but... Have you ever Googled yourself? You know, just to see what the rest of the world finds when they type your name into Google?

I found out that I, Scot Woods of Grass Lake, am much less interesting than Scottish craftsmen who make things out of wood, motels named Scot Wood, and a Canadian chef who has a cool-looking restaurant in Toronto:

The reviewer calls the restaurant "upscale yet unpretentious". Unpretentious, huh? So, flashing my ID won't get me any special treatment?

There's also a Scott Woods who is the president of West Arete Computing, and a short-haired fiddler from Canada who runs the Scott Woods band, which provides "Old Time Country & Fiddle Music." (He plays Mon Dec 17, 7:30 pm at Bethany Church in St. Catharines, ON. 905-684-1401)

All of these were very interesting. But the one who really made the ego-search pay off was the only Black (as in, of African descent) Scott Woods I found. He describes himself as a "Poet. Musician. Ne'er do well." But this Ne'er do well is the writer of "over nine books," which of course is a euphemism for, like, 10 books. So I'm poking around the Ne'er-Do-Well's Web site, and find this funny little link:

This week marks the 25th anniversary of the release of “Thriller.”

You're getting old, friend. Have you checked your IRA lately? What's your cholesterol level?
Posted by scot s w at 8:25 PM No comments:

Today's headline is from Reuters: "Houses cheaper than cars in Detroit"

Detroit really used to be a great city. But man... Someone needs to bring some jobs here.
Posted by scot s w at 12:00 PM No comments:

Huckabee is gaining quickly on the tumbling Giuliani, says the LATimes/Bloomberg poll.

The wild card is that 17% still say "don't know". If they didn't like Rudy before, do you suppose the the revelations about his "Shag Fund" have helped? Me neither.

On the other hand, Huckabee apparently didn't know the shocking news about the National Intelligence Estimate which found Iran hasn't been working on nukes since 2003. (Maybe he's been watching Fox News, which would explain his campaign's ignorance). Seems like the sort of thing a serious candidate should know. Probably not fatal, but Huckabee can let this happen but ONCE.
Posted by scot s w at 9:57 AM 1 comment:

Mike Huckabee continues to enjoy the "Arboretum bump", rising to first in the latest Iowa GOP polling. Since I made my famous predictions, Huckabee has been rising like a rocket on the 4th of July. The Huckster leads Mitt Romney by a statistically significant 5 percentage points, and has more than doubled up on Rudy Giuliani (29% vs. 13%). Now, I'm not saying Huckabee's rise is due solely to my bringing attention to him. My observation is that of all the candidates, he's the one with the fewest flaws, the best "story", and the most in common with the broad coalition of interests that remains the GOP base.

In other words, I wasn't endorsing the man, just predicting that the GOP would find him and embrace him. Let me say a few words about him, though: While I disagree with him on creationism and half a dozen other key topics, I do think he's a really smart guy. And my first impression of him is that he's "real" -- what you see is what he really is. As the Des Moines Register reports, "Huckabee outscores Romney and the rest of the Republican field as the candidate seen as the most socially conservative, the most civil in tone and the most principled." And should he become the candidate, Huckabee will be tougher to beat than many people think. But I do think he'd lose to Obama or Hillary by maybe 4 percentage points.

Romney might be okay, but he's trying way too hard to pretend to be a red-meat conservative, which doesn't jibe with his record. He's an investment banker trying to play the pork-rind circuit, and it shows. He's a fake -- the perfect encapsulement of a post-modern USA presidential candidate. Meanwhile, the word on the street is that Fred Thompson is still considering whether or not to enter the GOP presidential contest. And Giuliani, well... I don't give him much of a chance. The people who vote in GOP primaries don't vote for liberal New Yorkers.

The GOP nomination will quickly become a two-horse race between Romney and Huckabee, I think, as Rudy practices immolation by in the oils of his NYC history. This includes his longtime man-love for felon Bernard Kerik and the emerging stories that he provided NYPD "protection" for his mistress while his wife was home in Gracie Mansion. Oh yes, and he hid travel funds for his booty calls in the budgets of various and sundry NYC departments. Now, there are lot of things the GOP will forgive -- Negroponte's assassination squads in Nicaragua come to mind -- but hidden money, misappropriation of funds and public girlfriend-shagging are not sins likely to be forgiven for a pro-choice, pro-gay-marriage candidate in a anti-choice anti-gay-marriage party.

As the wise man said, "So ends the reign of Denethor, son of Ecthelion."

My hometown, ladies and gentlemen, currently can boast a world record. Yes, Saginaw Michigan is can claim to be the home of dioxin levels 20 times higher than any ever found anywhere else (except, you know, in a tank full of dioxin). Call up the folks from Guinness.

AP: Dioxin Spot in Mich. Could Be Worst Ever

The levels of dioxin found were, in fact, 1600 times the threshold which requires cleanup action under law. I'm sure this will just be a splendid bit of good news for the already roaring Saginaw-Valley real estate market.

Here's the money quote, proving that satan-worshipping child-beating mass-murdering rapists have nothing on the worst corporate PR types:

Back in 1986 I think it was, the Titabawassee River flooded its banks, and my aunt and uncle's house ended up with a couple feet of river water in their basement. When the water receded, everything was coated with a crusty white film. Probably dioxin. We helped them clean up. Dow was saying the same shit then about this stuff. As a company, it should be treated with zero credibility at all times -- even if they do sponsor the local minor-league baseball team and concerts in the park. So I imagine the cancer clusters will start emerging any year now.

Actually, if I were a property owner in Saginaw (or an enterprising lawyer, hint hint) I would start asking around to see if other people were interested in suing ol' Dow Chemical for compensation for depressed real-estate values. Should be much easier to prove than health claims. It would be one way to take a bit of flesh out of the Dow monster.
Posted by scot s w at 2:18 AM 3 comments: